Principal ‹ Ask PC ‹ Salud y medicina ‹ How would Medicare For All affect my health insurance?

How would Medicare For All affect my health insurance?

The upcoming 2020 election has ushered in the greater possibility of “Medicare for All,” an all-encompassing government-run medical plan that all Americans would eventually join.

Specifically, presidential candidates Senators Bernie Sanders, Elizabeth Warren, Cory Booker, and former Obama administration Secretary of Housing and Urban Development, Julian Castro, are advocating Medicare For All in their campaign platforms. The remaining democratic candidates have endorsed various new health insurance opportunities to opt in to but not require all to have Medicare. Sanders is the only one of those candidates who has introduced a bill in Congress toward this goal.

There are three Medicare for All bills pending in the 116th (current) Congress: Sanders’s, one from Representative Pramila Jayapal (D-WA), and another from Representatives Jan Schakowsky (D-MI) and Rosa DeLauro (D-CT). All three propose varying degrees of a sweeping public insurance plan: expanding the Medicare program – which is currently limited to all citizens 65 and over and people with certain disabilities under 65 – to include all Americans. For some, this plan is bold and long overdue. For others, it is scary, as it calls for a massive change to a complex system.

Medicare for All, in all its proposed forms, has one important goal: to lower our medical bills and that would include lower pharmacy bills. In every discussion around the idea, experts point out that medical expenses are simply too high. So, know this: Medicare for All has no intention of raising your medical bills.

PharmacyChecker is not taking a political or policy stance here, just giving you some facts since healthcare policy can impact drug prices and affordability in a big way.

Will Medicare for All raise my taxes?

The thorniest issue with Medicare for All may relate to how much it would cost, who will pay for it, and whether or not the country will do away with employer-based insurance. Medicare for All would likely be publicly financed, similarly to the current Medicare program.

Medicare is federally funded. It’s paid for by the Social Security Administration. We are taxed 1.45% of our earnings as employees, and 2.9% if we are self-employed. Under the various Medicare-for-All bills, taxes on corporations and personal income will pay for it. Most Medicare-for-All bills look to the richest Americans to pay higher taxes for the program.

Current Medicare requires payments such as premiums, deductibles and even co-payments and co-insurance. Part D, Medicare’s prescription drug benefit, requires a whole set of separate payments, ones in addition to Part A (hospital coverage) & Part B (doctor and other provider visits), often referred to as traditional Medicare. Medicare enrollees can either opt for Original Medicare and choose a Part D plan, or choose Part C, Medicare Advantage plans, which include medical and prescription drug benefits in one plan. Many people using Medicare also buy additional insurance, called Medigap, which covers out-of-pocket expenses associated with traditional Medicare.

Here’s the thing: Ostensibly, Medicare for All would simplify this process, eliminating coinsurance and costly deductibles. Different legislation and plans bring varying approaches to pay for Medicare for All. Increasingly, it has become clear that taxes will go up in order to pay for Medicare expenses, mostly for richer Americans, but in some plans for middle-class folks, too. Some plans have suggested that employers pay a premium tax to fund Medicare for All – one such plan has stated that the first $2 million a company makes will be exempt from this payroll tax so as to avoid hurting small businesses.

What are the proposals for Medicare for All?

Bernie Sanders’s Medicare for All Proposal 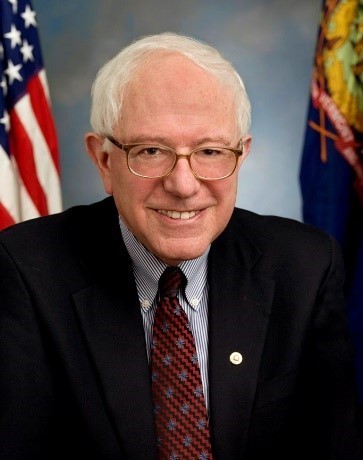 Bernie Sanders, Senator from Vermont and 2020 Democratic presidential candidate, is one of Medicare for All’s most outspoken supporters. His plan is simply to expand Medicare to everyone under the age of 65 and make its coverage more comprehensive. His plan seeks to erase premiums, deductibles, and co-pays, which are all very much staples of the current Medicare program. His Medicare for All bill is called, appropriately, the “Medicare for All Act of 2019“ – S. 1129. Senators Cory Booker (D-NJ) and Elizabeth Warren (D-MA) have co-sponsored this bill.

Proposed Medicare for All Act of 2019 Requirements

1) Coverage for all U.S. residents

2) Automatic enrollment for residents at birth

Like his campaign platform, the Sanders bill stipulates that new coverage would erase premiums, co-insurance, and co-pays.

The bill does, however, have one caveat: It will not erase premiums for prescription drugs, but it would lower prices. Sanders calls on the Secretary of Health and Human Services (HHS) to negotiate directly with drug makers to compile formularies, something which is prohibited under current law.

From the bill itself:

“The prices to be paid for covered pharmaceuticals, medical supplies, and medically necessary assistive equipment shall be negotiated annually by the Secretary [of Health and Human Services].”

Sanders’s plan for prescription drugs focuses on a drug formulary that HHS will compile after negotiations with the pharmaceutical companies. This formulary will, per the text of the proposal, “encourage best-practices in prescribing and discourage the use of ineffective, dangerous, or excessively costly medications when better alternatives are available.”

To finance Medicare for All, Sanders has proposed via his website taxing employers a 7.5% payroll tax, a 4% income-based premium, and erasing healthcare-related tax breaks. 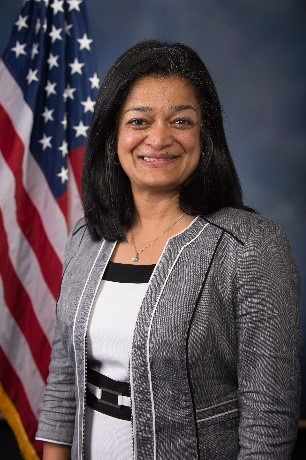 Representative Pramila Jayapal (D-WA) introduced the Medicare for All Act of 2019, H.R. 1384, in March of 2019, two months before Sanders introduced his. The bill carries the same basic principles as Sanders’s, but with a few key differences. Per the bill’s summary, H.R. 1384, seeks to implement a national comprehensive health insurance program guaranteed for all U.S. citizens, organized such that all citizens are enrolled at birth.

In a comprehensive summary of the bill posted to Jayapal’s website, Jayapal writes, “The Medicare for All Act of 2019 improves and expands the overwhelmingly successful and popular Medicare program, so that every person living in the United States has guaranteed access to healthcare with comprehensive benefits.”

Like Sanders’s, Jayapal’s plan requires the HHS to negotiate with manufacturers for better prices on drugs. However, most importantly, Jayapal’s plan adds a provision that the HHS may issue a license for the manufacturing of a generic version of a patented drug if a price cannot be successfully negotiated with the drug company. In addition, drug manufacturers, who would be reasonably compensated for use of their patents, may not sue the federal government for patent infringement. Notably, Elizabeth Warren, as part of her support for Medicare for All, has advocated for this policy throughout her campaign: allowing the government to procure drugs directly through government manufacturing, a policy she proposed in sponsoring the Affordable Drug Manufacturing Act of 2018. 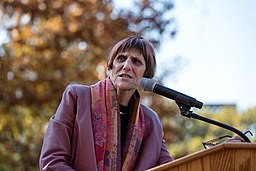 In a relatively incremental approach to Medicare for All, Representatives Rosa DeLauro (D-CT) and Jan Schakowsky (D-IL) introduced the Medicare for America Act in May 2019. It is distinctly not Medicare-for-all in that it preserves employer-based insurance. Their plan will auto-enroll every U.S. citizen in Medicare who does not have employer insurance, leaving those who have employer insurance undisturbed. Schakowsky and DeLauro have even gone so far as to state the exact cost of Medicare under their plan: Deductibles would be $350 per person with a $3500 maximum out-of-pocket spending. For a family plan, this cost would be $500 and $5000, respectively. In addition, the plan hopes to limit premiums to 9.69% of an individual’s income.

This proposal has perhaps the most extensive provisions about prescription drugs. For starters, it insists on letting the government negotiate for lower prescription drug prices under Medicare. In addition, DeLauro proposes introducing a “Prescription Drug and Medical Device Price Review Board,” which will together ensure that drugs and medical devices do not reach “excessive” prices. This is somewhat modeled off the Canada’s Patented Medicine Prices Review Board. If the board becomes aware that a drug manufacturer is charging an “excessive” price (a level which will be determined by the board), the board will issue a violation. Violations will be punished via the curtailing of drug patents and civil penalty fees.

See: Is medicine in Canada cheaper?

Lastly, the bill places a moratorium on direct-to-consumer marketing from drug manufacturers for the first three years of a drug’s time on the market.

What is the Trump administration’s stance on Medicare for All? 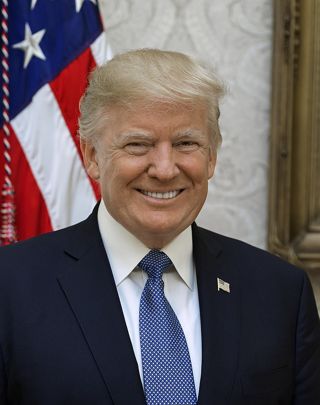 When Donald Trump first campaigned for office in 2016, he promised a “private” plan that would work for people who “have no money.” He also declared that he would not cut Medicare funding or services but would instead do his best to prevent fraud within the system.

In October 2019, the Trump administration rolled out what looked like the government’s response to the “Medicare for All” debate. The President signed an executive order directing the HHS to take measures to “protect Medicare.” The directives were listed by HHS secretary Alex Azar, in an open letter:

1)    “expanding options and providing savings for seniors on Medicare Advantage; eliminating unnecessary burdens on providers”
2)    “focusing Medicare payments on time spent with patients rather than on procedures performed”
3)    “accelerating access to the latest medical technologies;
4)    “cutting waste, fraud, and abuse”
5)    “expanding freedom and control for seniors on Medicare”

In the same letter, Azar appeared to dismiss Medicare for All:

“These kinds of improvements, rather than a total government takeover of the healthcare system, are the path to our ultimate goal: better health for all Americans.”

How would Medicare for All start?

One of the biggest concerns surrounding Medicare for All is its rollout. In a Medium post detailing her healthcare plan, Elizabeth Warren said that in her first 100 days as president, she would introduce a free healthcare plan for children and those who cannot afford health insurance. In her third year as president, she would actually enroll all Americans in an all-encompassing Medicare for All health plan.

Do Democratic candidates have other options besides Medicare for All?

Yes. Presidential candidates Pete Buttigieg, a mayor from Indiana, and former Vice President Joe Biden have proposed public options. The public option describes an insurance market in which middle class families and individuals can opt into Medicare coverage. Buttigieg has called his plan “Medicare for all who want it” while Biden refers to his plan – which also includes expansion of the Affordable Care Act – as the “Biden plan.”

I'm in the Medicare donut hole. What now?

How can patients reduce prescription drug costs at the pharmacy counter?

Do you have questions or concerns about medication savings, whether locally or online? We’re here to help.